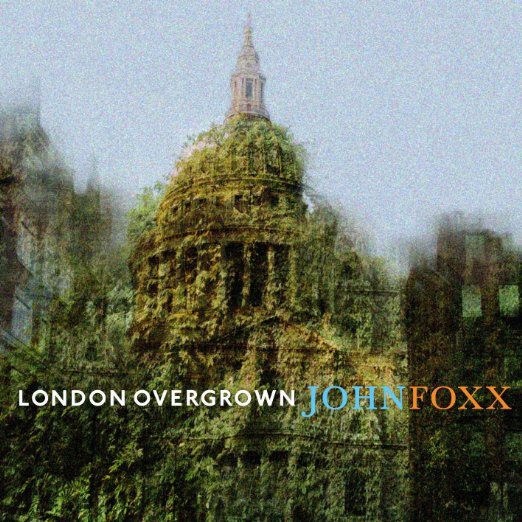 John Foxx’s new album, London Overgrown is a project John has been working on for years, inspired by his own experiences of London – including an abandoned, overgrown Shoreditch in the early 1980s – futuristic visions of a derelict city dating back to the sci-fi of Quatermass which he watched as a child and a strong desire to propose ‘an actual city,’ explains Foxx. ‘A plan for London. A beautiful new overgrown city. Perhaps this may be initiated gradually, by obtaining permission to allow a street or two to become overgrown, them it may come to be seen as a Post Carbon City, a way of greening London. Let’s practice vertical gardening all over buildings everywhere. Create the Hanging Gardens of Shoreditch, The Glades of Soho, encourage London to become a truly green city. Let’s resurrect Vauxhall Pleasure Gardens. Allow Hyde Park to spread through Soho to the river. Encourage Hampstead Heath to meet Richmond Park at its borders, via all the squares and gardens and rooftops, right across London . . .’ The music is ambient and electronic; immersive soundscapes for an empty, overgrown city and a wordless relative of Foxx’s Cathedral Oceans.