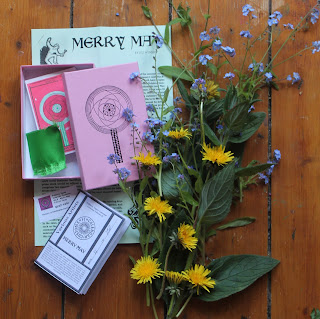 -a cutting of a May pole ribbon

“The artists contributing to this compilation have each researched a particular May ritual and, informed by their findings, conjured a piece in response. As such, the cassette takes its listeners on an audiological journey where, mounted upon clacking Hobby horses, they will meet with May Birchers and Dewers, reel around Maypoles and parade the streets in the company of the Earl of Rone and the Fool.

Folklore Tapes is an ongoing project in which the arcane traditions, stories and phenomena of the British Isles are creatively re-imagined by contemporary artists. This may take the form of soundtrack, film or installation, but is always centred upon a particular theme or location. The project has received widespread acclaim since its conception in 2011 and enjoys close ties with Cecil Sharp House, the British Library and Caught By The River. Andy Votel and members of Clinic and Broadcast are counted among its many contributors.”

And a perfect complement to this is Hollow Earth Hippies by ToiToiToi, the work of Sebastian Counts, an electronic musician based in Berlin. 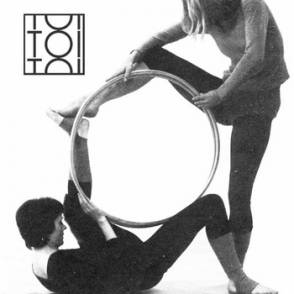 His sound is bound to appeal to fans of Ghost Box, being a timeless melange of ethnography, TV music and psychonautical exploration all rendered by analogue electronics, tape and samples. Its weird, witty and engrossing.  ToiToiToi will be releasing a single on Ghost Box for the Other Voices series later this year, but meanwhile we’d urge you to delve into this beautifully packaged, self released debut.

Hollow Earth Hippies is a 15track CD-r with beautiful handmade cover and booklet. There’s very few left of what is destined to be a collectors item.

“Its a little insight to a place where the positive social aspects of 70’s politics seem to have survived. This music is the soundtrack to a world where ecology, economy, nature and technology, spirituality and rationalism are not in contradiction at all.” says ToiToiToi

Both are available here in very limited quantity right now. 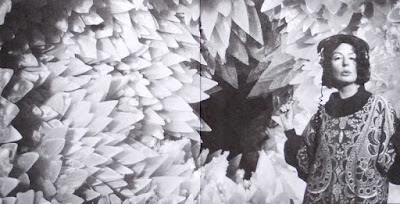 (By the way “Toi toi toi” as German speakers and opera fans will know, is a traditional wish of good luck , equivalent to “break a leg”, and pronounced “toy  toy  toy”)