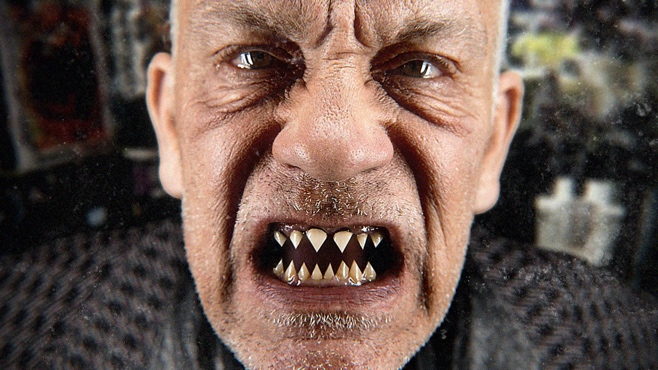 John Malkovich Enlists Yoko Ono, Sean Lennon, Ric Ocasek, OMD, Placebo, Dandy Warhols, More for Record Store Day ReleaseLike a Puppet Show features various remixes of Malkovich reading an interpretation of Plato. Listen to Ocasek’s mix nowBy Jazz Monroe on September 18, 2015 at 10:59 a.m. EDT On the silver screen, John Malkovich has found fame as an actor, director, and Spike Jonze movie subject. Now, he’s putting out a record. Like a Puppet Show is out on vinyl for Record Store Day’s Black Friday event on November 27.This is the first in a series of releases Malkovich has planned with his collaborators, director/photographer Sandro and producer/composer Eric Alexandrakis. For Like a Puppet Show, Malkovich read Plato’s Cave Allegory (as interpreted by Alexandrakis) over an original piece of music. Then the results were sent to a bunch of musicians, who contributed remixes and interpretations, including Yoko Ono and Sean Lennon, OMD, Efterklang, Placebo, the Dandy Warhols, Blondie’s Chris Stein, the Cranberries’ Dolores O’Riordan, and more. Above, listen to Cars frontman Ric Ocasek’s effort, which is named “Cryoblue Cheese O”. The release features accompanying photos by Sandro. Find the cover art above and the tracklist below.Speaking about the collaboration in a press release, Ocasek said:The poem ALLEGORY OF A CAVE narrated by JOHN MALKOVICH sounded eerie to me, so I set it into that kind of musical landscape. The poem felt current, even though it was written around 380BC by PLATO. Only the ridiculers and weapons have changed as we move through time.Like a Puppet Show:01 Cryolife 7:14 A.M. (Mixed by Yoko Ono & Sean Lennon)02 Cryocarbon 14C (Mixed by OMD)03 Cryoblue Cheese Ο (Mixed by Ric Ocasek)04 CryoZolon X (Mixed by Dweezil Zappa)05 Cryoparoxsym A (Mixed by Young the Giant)06 Platogenia X And The Caves (Mixed by the Dandy Warhols)07 Cryostat Ø (Mixed by Efterklang)08 Cryoplacebo 47/XXY (Mixed by Placebo)09 Photogenia C (Ruler Of Light) (Mixed by Chris Stein)10 Optimogenia Z [Edit Mix] (Mixed by Harry Waters)11 Cryopian D (Mixed by Dolores O’Riordan)

Any cookies that may not be particularly necessary for the website to function and is used specifically to collect user personal data via analytics, ads, other embedded contents are termed as non-necessary cookies. It is mandatory to procure user consent prior to running these cookies on your website.