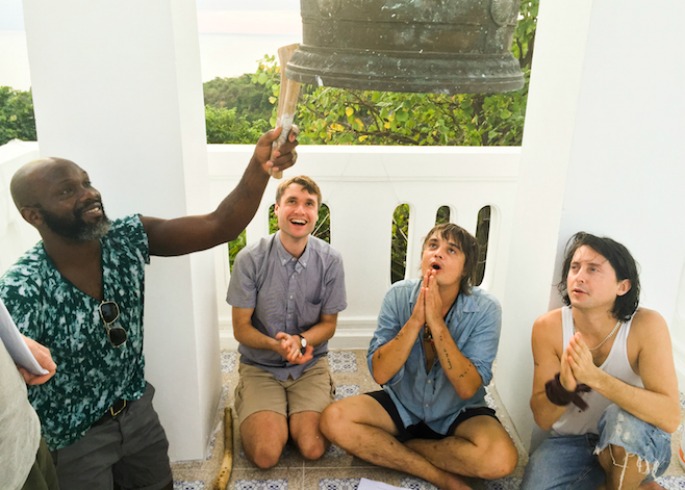 All the usual faux-nostalgic guff about the Albion setting sail and so forth.

The Libertines, who really meant a lot to a lot of people 10 years ago, have signed to Virgin EMI with the intention of releasing their third album next year.

The NME darlings, who were previously signed to Rough Trade, have been hinting at their plans to write another record since reuniting for a few megabucks headlining shows in 2010 and again this year.

“I don’t know what to say, I’m so happy,” said Pete Doherty, who’s currently in rehab in Thailand, where the contract was signed. “It was a beautiful day.”

Fellow frontman Carl Barât, said: “After everything we have been through The Albion sails on course again, I couldn’t be more excited.” Presumably the other two still aren’t allowed to do any talking.

The band dissolved in acrimony before the release of their self-titled second album in 2004, with Doherty putting out several albums with Babyshambles and as a solo artist. Barât formed his own band Dirty Pretty Things with drummer Gary Powell and is currently fronting another group, The Jackals, who will release an album next February.

Might be smart to put a tenner on them for Glastonbury? [via Pitchfork]