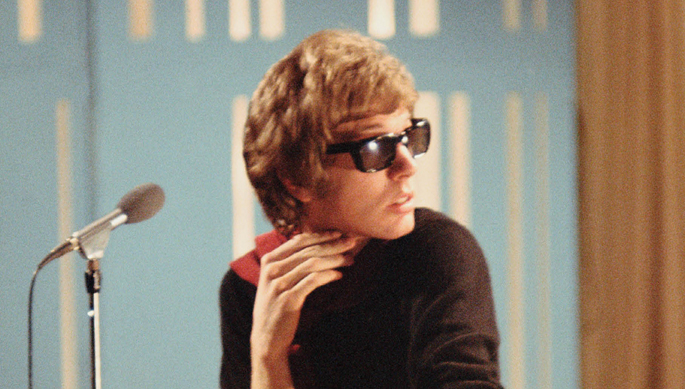 By the age of 23, Scott Walker had enjoyed a more successful pop career than most could hope for in a lifetime.

As one third of The Walker Brothers, a trio of Americans in self-imposed exile in the UK, he experienced a level of superstardom that briefly rivalled that of the Beatles. Mid-60s songs like ‘Make It Easy On Yourself’ and ‘The Sun Ain’t Gonna Shine Any More’ made Scott, John and Gary the clean-cut pin-ups du jour. But entertainment, as they say, is a fickle business, and the success wasn’t to last.

As The Walker Brothers disintegrated, Scott (real name Noel Scott Engel, and no relation to his two bandmates) would strike off on his own, producing a string of albums in the late ’60s that, while largely overlooked at the time, are now considered among the finest of the decade. Again though, Walker would quickly lose his way, slipping into MOR obscurity for the majority of ’70s. From there, many would happily have fallen into a lengthy, royalty-funded retirement. Not Scott. In the early ’80s he would reinvent himself again, emerging from the ashes of a faltering light entertainment career to become one of the most brilliant and distinctive voices of the pop avant-garde.

Walker and his music continue to captivate and confuse with a force rarely attained by musicians of any generation. His most recent solo album, 2012′s Bish Bosch, was of a piece with his best work, while this month he released Soused, an earth-shaking full-length collaboration with pivotal doom outfit Sunn O))). And while he has long had a cult following, a renewed frenzy of discourse in the past decade – the most visible products of which are a documentary  and a book, both excellent – has helped cement his status as an underground hero with few equals.

Walker’s knotty, uncompromising and utterly unique body of work seems to be resonating more strongly than ever, with the likes of Radiohead, Jarvis Cocker, Damon Albarn and David Bowie all singing his praises. But Walker’s discography is an imposing one, and not an easy ride for the uninitiated. By way of introduction – and taking in love and loss, dead dictators and easily as much commercial failure as critical success – here are 10 of Walker’s best.