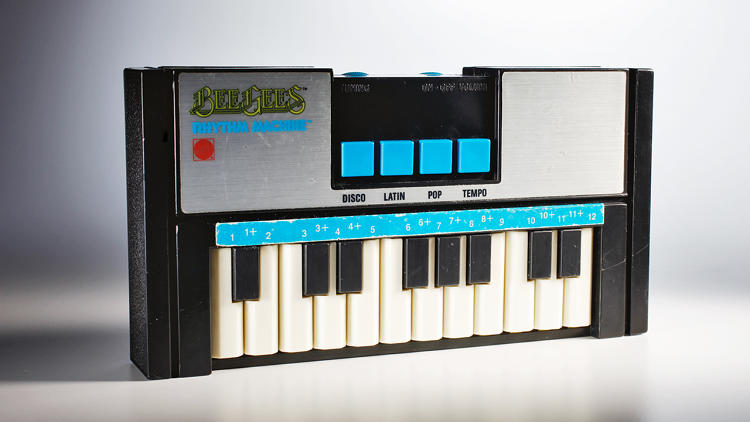 Boston-based drum machine fan catalogues his life’s obsession, and the backing bone of much modern music, in new book.

Over the past thirty years drum machines have helped shape the sound of more popular music than most of us even realise. From pop to rock, hip hop to dance music, the drum machine has kept the beat going through thick and thin. For Boston’s Joe Mansfield, a hip hop producer and music industry veteran who worked with Edo G in the early 90s, these beat boxes proved so irresistible he started collecting them after first coming across a TR-808 in 1985.

On December 3 Get On Down are publishing Mansfield’s Beat Box: A Drum Machine Obsession which features 75 machines from his collection, spanning the 1950s to the late 1980s, shot by award winning photographer Gary Land. The book features not just details and back stories on all the machines, gathered by Mansfield himself, but also archival advertisements and interviews with pioneers of the machines such as Davy DMX, Schoolly-D, Marshall Jefferson and Roger Linn. The book also features a foreword by Dave Tompkins, whose recent How To Wreck a Nice Beach is a must read for anyone interested in the vocoder.

Head over to Fast Company’s Co Create to read a short interview with Mansfield as well as view a fascinating gallery of the machines featured in the book, including the above: a Bee Gees Rhythm Machine. Mansfield also shares some gems about how essential drum machines were to hits by the likes of Phil Collins, Marvin Gaye and New Order.

Visit the Get On Down website for more details on the book and its release.