And coming this September, Other Voices 10 by Sharron Kraus (with Belbury Poly):

The debut album from The Pattern Forms, a collaborative project between Ed Macfarlane and Edd Gibson of Friendly Fires and Jon Brooks of The Advisory Circle, is due out 21st October 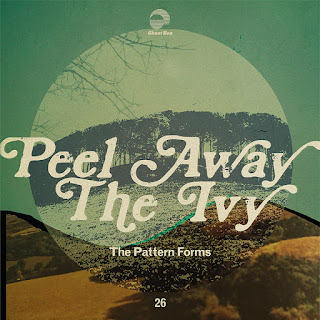 Following on from the Other Voices 03 single in 2015, this is an album that perfectly melds blissful pop with more exploratory electronics, its roots lying in the artists’ shared love of soundtracks and electronic library music of the 70s and 80s. It should appeal to fans of both bands.

More news on this here and on our other channels soon.

We have decided to keep our PledgeMusic store open until the end of release week – it will be closing on October 2nd. This means that the countdown clock on PledgeMusic will show the wrong date – the CD/DVD will still be released on 25th September.

This release will not be in shops and we cannot guarantee that it will be available for sale once the October 2nd deadline has passed. Please pre-order now to secure your copy if you have not done so already.

John Foxx And The Maths will be touring the UK during October. They will be performing material from their new album Interplay as well as classic songs from early Ultravox and John’s solo career. This includes material from his pioneering debut album, 1980′s Metamatic.

Interplay is a collaboration between Foxx and electronic composer and synthesizer collector, Benge (Ben Edwards). The latter is best known for his 2008 album Twenty Systems, which was described by Brian Eno as a ‘Brilliant contribution to the archaeology of electronic music.’

Moody and atmospheric, but also full of songs that are actually more ‘pop’ than avant garde, Interplay pulls various strands of electronic music together – from early 80′s electro to 70′s Krautrock. One track, ‘Watching A Building On Fire’ features Mira Aroyo from Ladytron, who also came up with the original synth riff.

John will be joined on-stage on the Interplay Tour by…

Tara Busch will be supporting at all of these shows, except for London (on the 27th) and Holmfirth (on the 28th), where the support will be Xeno & Oaklander. Also, Gazellle Twin is a guest on the 25th (XOYO London) and The Neat on the 27th (XOYO London).

THIS VIP PACKAGE INCLUDES THE FOLLOWING:
A ticket to the show… A signed limited edition CD containing a mix by Gazelle Twin… A VIP Pass which will allow you into the soundcheck…A signed copy of the (as yet unreleased) The Shape Of Things …

A meet and greet with John Foxx And The Maths after the soundcheck, including a photo opportunity…

VIP TICKETS ARE AVAILABLE FROM HERE

John Foxx And The Maths will also be playing at The Unsound Festival in Poland on Saturday the 15th of October.

The Festival has a theme this year which is Future Shock, as in the 1970 book by Alvin Toffler. That book is a cautionary vision of the future (from a very 1970 perspective) warning against ‘too much change in too short a period of time’. In 1972 a fantastic documentary was made based on the book, featuring a doomy Orson Welles and music by Gil Melle. Meanwhile other artists performing at the Unsound Festival include electronic pioneers Morton Subotnik and Chris & Cosey.